So I spent today doing things I loved to do as a child. Running and jumping around the bush, playing with fires, cooking over fires, exploring the wilderness. Of course I’m not a child any more so I finished it off with an absolutely delicious beer.

The focus of my adventures is on a small block of land in the suburb of Pheasants Nest in the southwest of Sydney. As I child it felt like an endless wilderness where I could walk in any direction without ever finding civilisation. In the 20 years since then progress has moved forwards and now it feels like I’m fenced in in all directions. But while the neighbours progress the property itself has fallen into ruin. 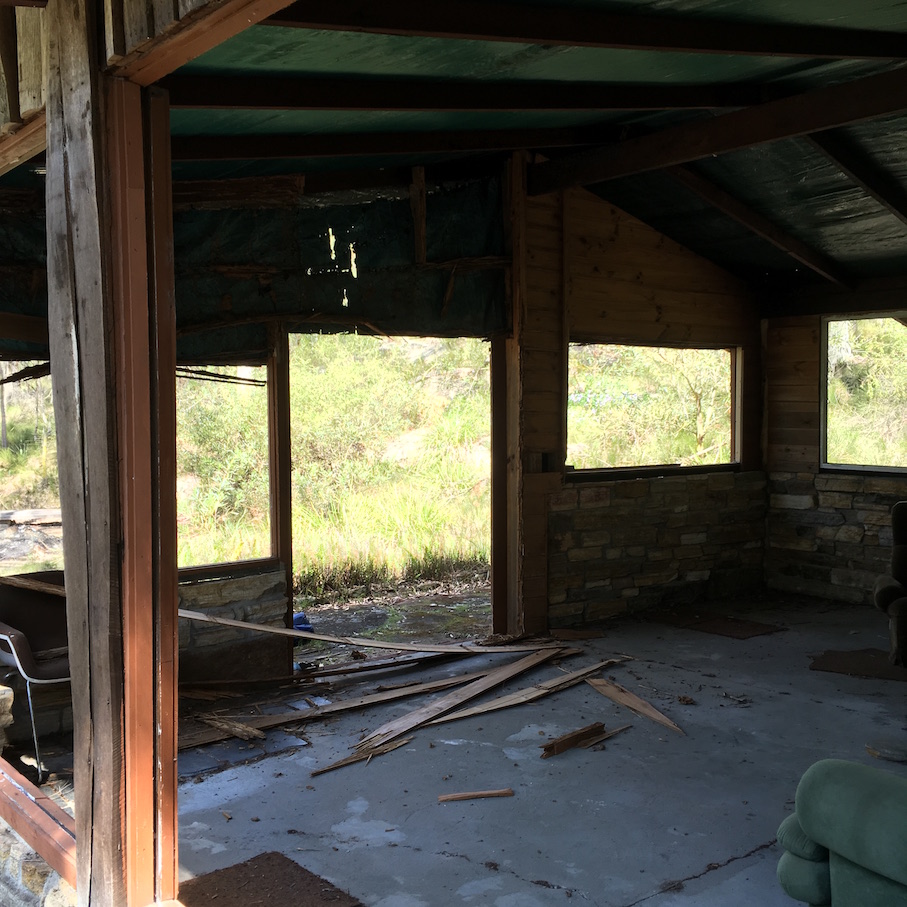 This sad state of affairs is a combination of multiple vandals and thieves destroying everything of value and then no one having the time to fix what remained as nature slowly reclaims the site. Termites especially are reducing much of the wood to dust.

But despite this rugged plot not being what it once was there’s still much fun to be had during a short visit. Starting with putting together perhaps the worst looking bonfire I’ve every seen, but despite its lack of aesthetics it still managed to burn. 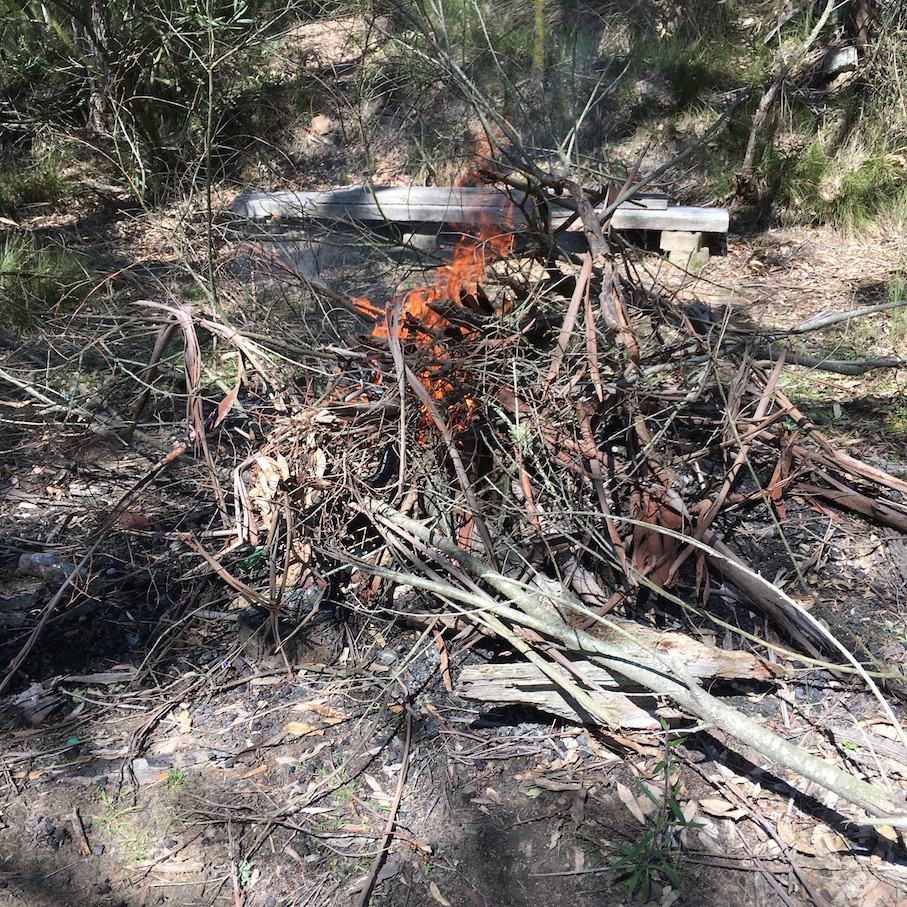 While that fire helped clean up the considerable mess both in and around the house. A smaller more controlled fire helped to satiate the hunger that had been slowly building inside me. The original grill plate had been stolen but they didn’t take the fire enclosure which allowed us to use the backup frypan to cook up the Aussie classic of sausages and onions served on the slightly less traditional but delicious Vietnamese rolls. It’s multiculturalism and overcoming adversity all in one lunch! Notice the plant leaves used as an oven mit :) 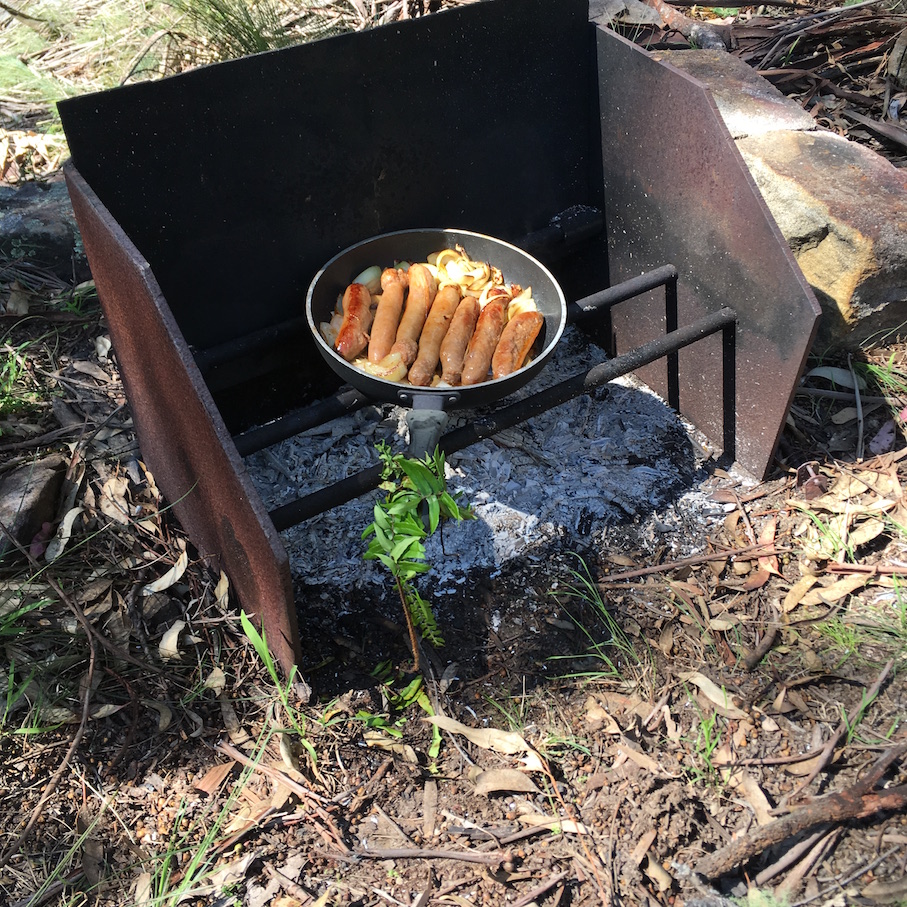 After lunch there was time for a quick explore. This land holds a lot of significance for my family. It’s where my great aunt and uncle lived when they first moved to Australia from Europe after WW2 and where both of their ashes are buried. But what’s really amazing is how they lived when they first arrived. Before they had time to build a house they simply sheltered themselves in small cave. Now I’ve visited this cave many times but had never realised that people actually lived there! As you can see it’s barely more than a roof made of rock. Sadly my uncle never managed to cover the front in glass as he dreamed of doing, it would have been a sight to behold.

Regrettably I didn’t have the time to explore all the way down to the river where I spent many a summers day. It’s a journey involving treacherous footing down a rocky cliff path. Perhaps another visit is in order to begin to reclaim the bastion of wilderness from my childhood.